skip to main | skip to sidebar

I wonder if HarProrogue remembers how MacBeth turned out?

Ross.
My dearest coz, I pray you, school yourself; but for your husband,
He is noble, wise, judicious, and best knows
The fits o’ the season. I dare not speak much further;
But cruel are the times when we are traitors.
And do not know ourselves; when we hold rumour.
From what we fear, yet know not what we fear,
But float upon a wild and violent sea
Each way and move. I take my leave of you;
Shall not be long but I’ll be here again.
Things at the worst will cease, or else climb upward
To what they were before. My pretty cousin,

The thin ranks are exposed in this article aren't they? Anyone of these will drive open the fault lines in the Conservative Party.

Prentice may be too far outside the Conservative Party mainstream on social issues, however. He voted in favour of same sex marriages and is pro-choice

However, Prentice may prove divisive among the grassroots for his PC party origin and his social liberalism. He also is clearly tied to Harper, and if the "Harper team"; is rejected, Prentice may be a casualty as well.

Charest's social liberalism and championing of Quebec's interests would likely turn off a wide swath of the Tory base in the West.

However, his controversial pact with David Orchard at the 2003 PC leadership, and the tensions from the Conservative Party merger that follow may have put too many Conservatives' noses out of joint for MacKay to win this round.

However, he does carry baggage from the Ontario Conservatives, including the hidden $5.6-billion deficit under Ernie Eves.

Labels: As the centripetal force goes to zero

The speculation is fun but ridiculous too. Moore? I guess Canada's ready for the first gay conservative leader (baird would be his beard) but he's too entrenched in Harper's closet. But hey, look at the girly photos on his laptop!

It was interesting to see he wasn't in there but then I can't think of a Bard Baird Beard quote. 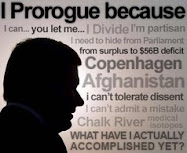 Tyrants are as tyrants do

Quotes to be vigilant for

I have a dream 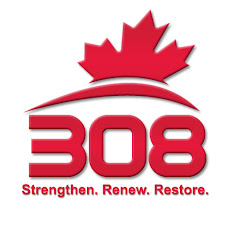 You need preparing. You need arming. But most of all, you need constant, never ceasing vigilance - Alastor "Mad-Eye" Moody

Constant Vigilance
Calgary, Alberta, Canada
We face dark forces that use methods proscribed by civilized people. As Mad Eye Moody taught his wizarding students, we must maintain Constant Vigilance. I have a wife, Eternal and two daughters, Extreme and Occasional (The youngest one does her best but you know what teenagers are like). BTW that photo was taken when the Liberals were in charge. I could afford to take a nap once in a while then.

Comments
"All the liberties enjoyed in America today were not bought with only one payment, but were purchased anew in many installments, regularly and periodically, by each new generation. History has shown that many men had tried to take away from others their basic human rights. Many others are trying to do the same thing today, and many more will try to do likewise in the future. Where there is wanton disregard for the rights and freedom of others, your own will soon be jeopardized too. Preservation of our liberties requires constant vigilance, energy, and self-sacrifice." - Y. C. Hong